It was cold, colder than any December in my native Manila. Japan had started to lose its autumn leaves, and the wind began to bring the songs of winter. The green and orange dormitory buildings that partly make up iCLA continued to sleep at six in the morning, except for two souls making their way to the bus stop, ready for an adventure.

In less than two hours, iCLA Japan Studies professor William Reed and I found ourselves away from the grape farms and peach trees, and surrounded by the eerie forests close to Mount Fuji. We entered a cave. This wasn’t any normal cave: it was an ice cave. They call it the Narusawa Ice Cave, and it is appropriately a national monument. Even colder than the snow-covered trees outside, the ice cave boasts of amazing ice formations. A geological wonder it was said to be, and it was. Entering it was like a dream, as if we were in a totally different, unearthly place. 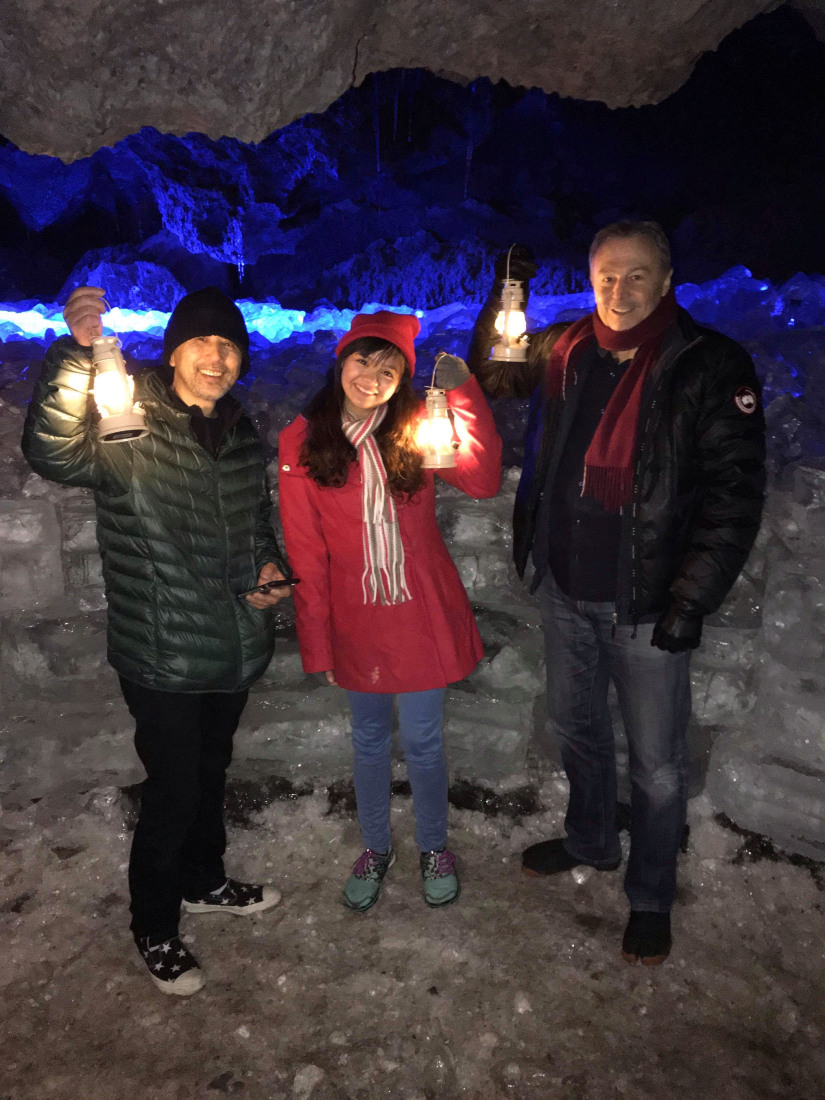 The Narusawa Ice Cave is located in the famous Aokigahara Forest. At the base of Mount Fuji, this place has seen a lot of action in the past, including the eruption of Fujisan. A one-of-a-kind scenery grew out of the ashes of the eruption, producing such unique trees, rock formations, and aura. While walking about the forest, Reed-sensei and I could feel the calm and serene feeling emanating from all around.

Our experience was documented in an episode of the Travel Channel’s Legendary Locations show. iCLA’s Shugendo instructor, Hasegawa Satoshi, is also featured in this episode in the beautiful Kawaguchi-ko Asama Shrine.

Being on camera was expected, but Reed-sensei and I didn’t realize the extent to which we would be filmed. As Reed-sensei is a veteran in the media industry and I a media student, the experience was one we understood, but of course every experience is different. Filming in the ice cave was a challenging one, as there wasn’t much space, and of course business was booming, as usual. This made for an even more fun experience because we got to see travellers visiting and admiring the geological gems of Japan.

Much is seen of Japan in the documentary, and it was an altogether breathtaking experience.