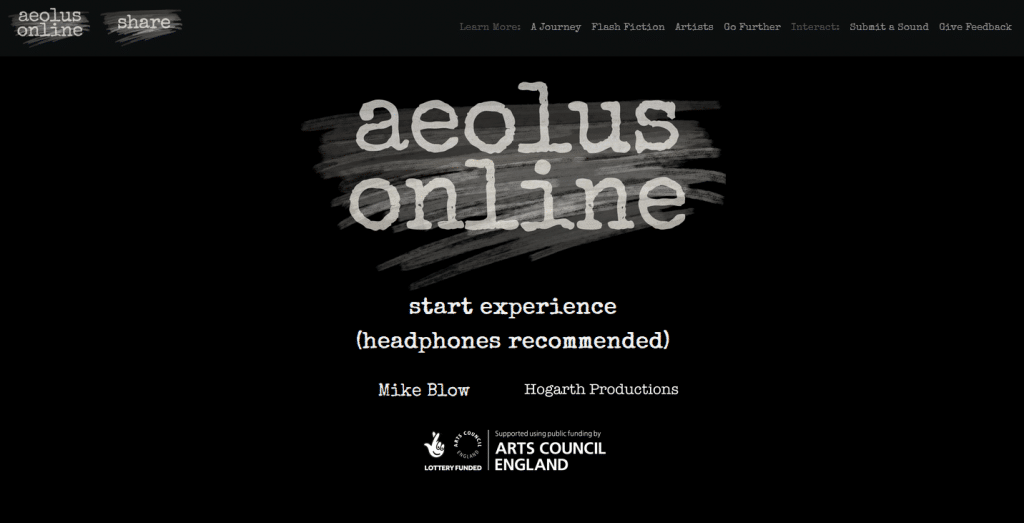 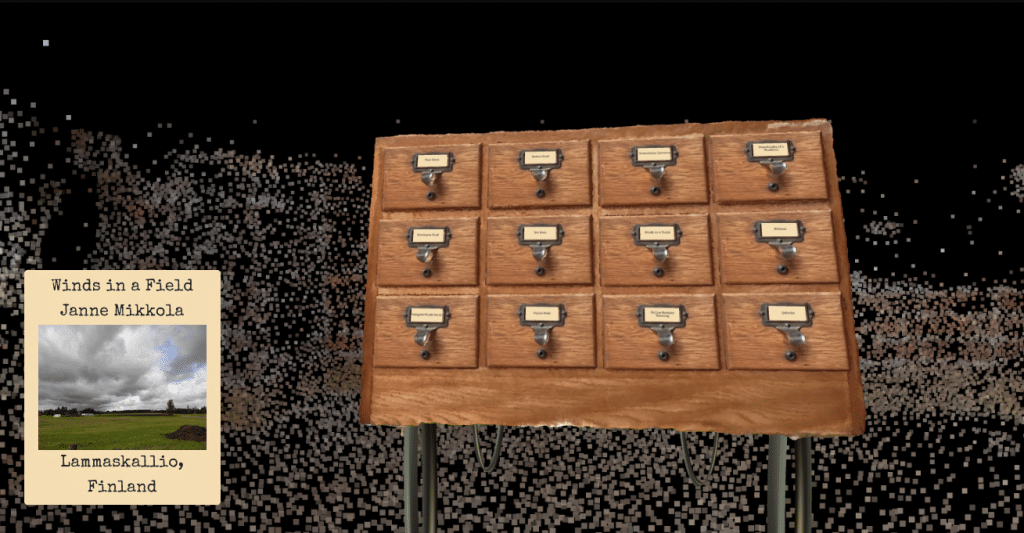 Aeolus Online is based on Dr. Blow’s sound sculpture, Aeolus’ Cabinet created in 2013. In the original art piece, each of the cabinet drawers contains a wind sound from around the world. Visitors are welcome to open its drawers and listen to or compose with the wind sounds. The original sculpture was shown at events all over the UK, where Dr. Blow is from.

Funded for by the Arts Council England, Dr. Blow and Chris Hunt of Controlled Frenzy Ltd have created a virtual version of this piece by Dr. Blow. Unhindered by the hurdles of travel, especially in the time of the pandemic, everyone can now experience the piece online. 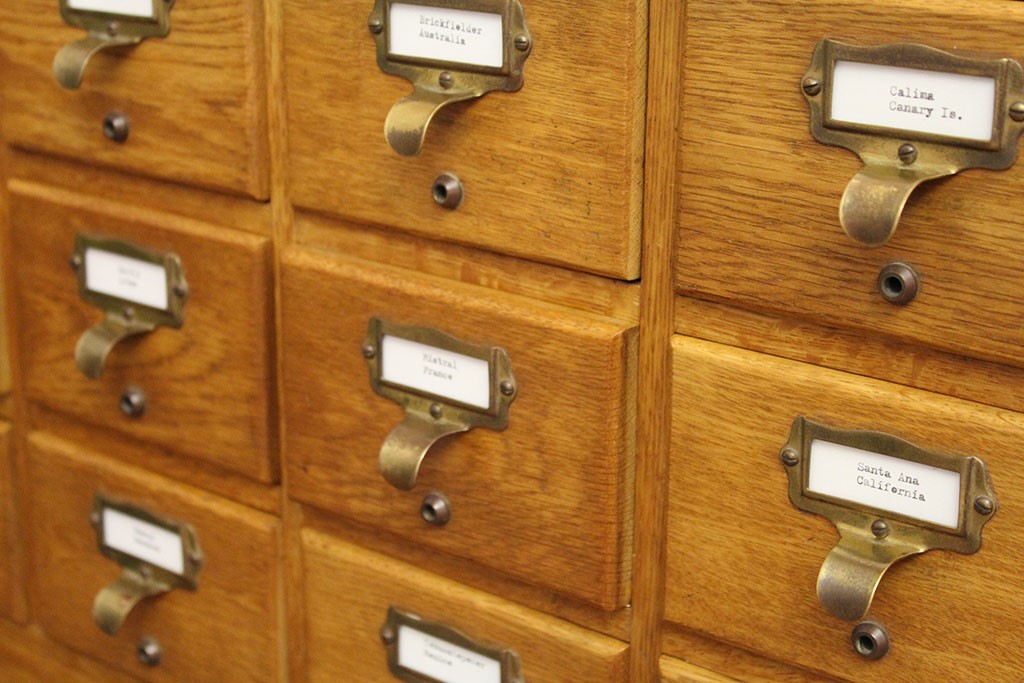 What is the meaning behind the name, “Aeolus” for the original sound sculpture?

The original piece was called Aeolus’ Cabinet, and Aeolus is the God of the Winds in Greek Mythology.

I was trying to find the name for this, and originally I just called it “Aeolus”. Aeolus is supposed to keep the winds in a cave, and he takes them out and distributes them when he wants to make a wind. I thought it was interesting – the idea that he has them in a cabinet instead.

What was the creative process like for the original Aeolus’ Cabinet (2013)?

The idea was very quick. I was working on a project that was an outdoor wind-driven installation – a project with some other artists. After a meeting, I was driving home, and it was quite a long drive. I was living in Plymouth at the time, so it was about 4 hours [to drive home from Oxford]. And I suddenly had this mental image of a piece which was a cabinet with drawers with winds inside.

The idea struck me, and over the next year or so, I found a cabinet on eBay that was perfect. It was an old 12-drawer 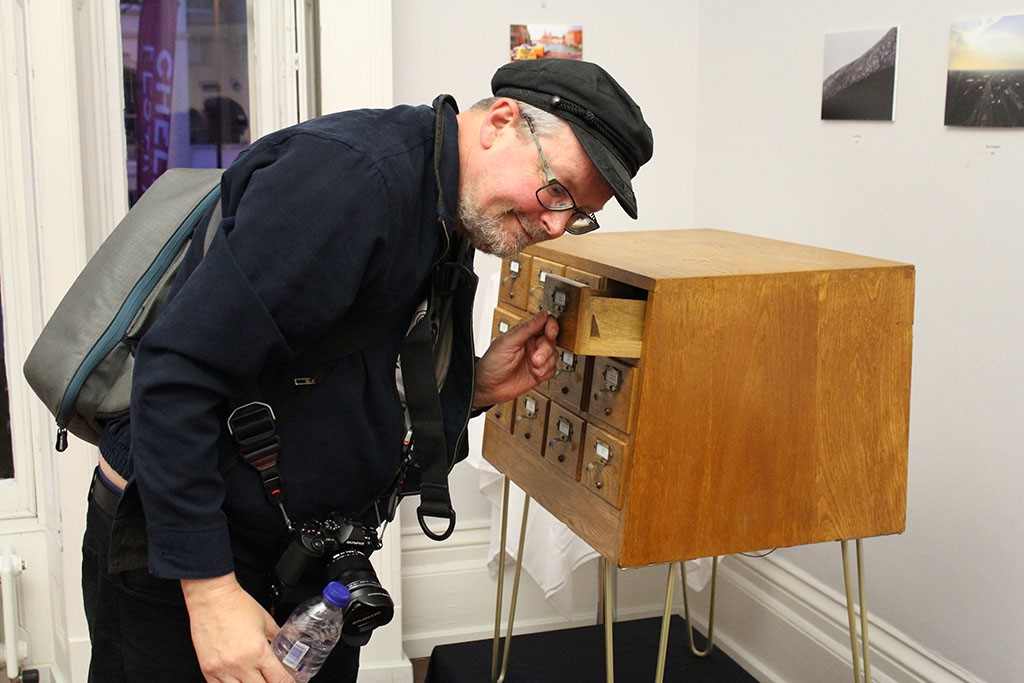 cabinet called an index card cabinet. I bought that, and then I spent several months fitting it. When I got it, each of the drawers was a drawer front, a flat tray that was supposed to hold the cards, and a little spike that went through.

I had to put sides on [the drawers] and I had to put a false back. Behind the false back, there was an mp3 player, a speaker, and an amplifier. On the bottom of each drawer were two strips of copper that passed the power through to the amplifier from a big battery that was right underneath on the bottom. There was a switch on it as well, so when you open the drawer it would start the sound.

The process was quite long, but it ended up being almost exactly what I had imagined. It didn’t change very much from the idea to the actual thing.

What was it like transforming this piece into the virtual Aeolus Online? 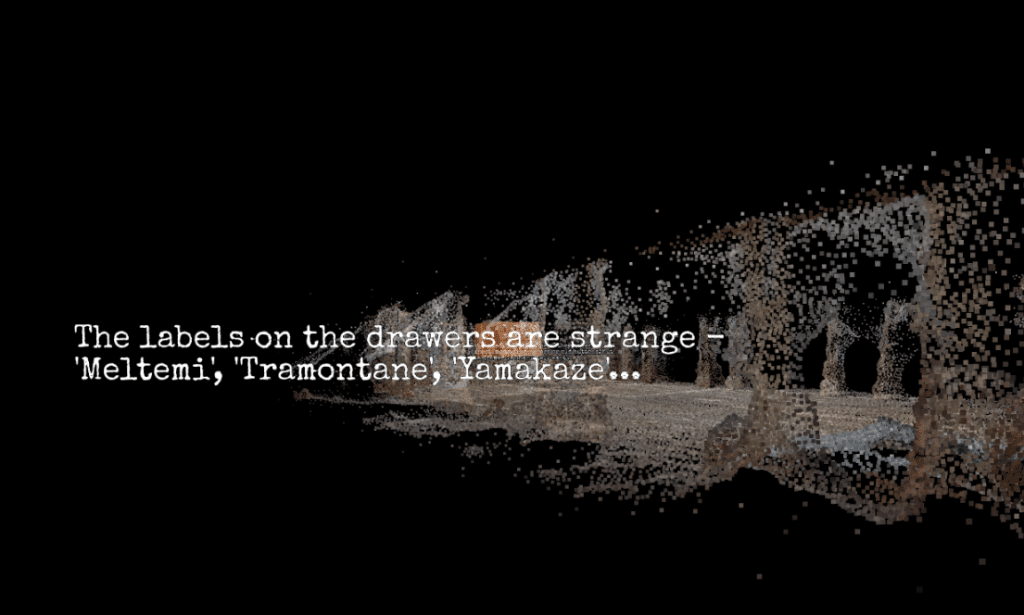 I have been working, for probably about a decade now, with  Edmund Harcourt. He is an arts producer in the UK. We worked on quite a lot of shows together. He phoned me up and said there’s funding available for online projects during the pandemic. He said, “Why don’t we make an online version of [Aeolus’ Cabinet]?”

So, we put our proposal together and applied. We got some [funding], which would pay for my time, Ed’s time, a programmer, and artists for submissions.

We wanted to have a call for submissions to get recordings from all over the world. We put out two open calls. The first one didn’t get much traction, and I approached about a dozen sound artists that I knew directly and got some sounds. But then, we had some money for sounds left in the budget. I saw a call out for another arts organization. They had a nice image, and they had a call-out and deadline on this image. This was just on a Facebook post. I said to [Edmund], “We should try that!” 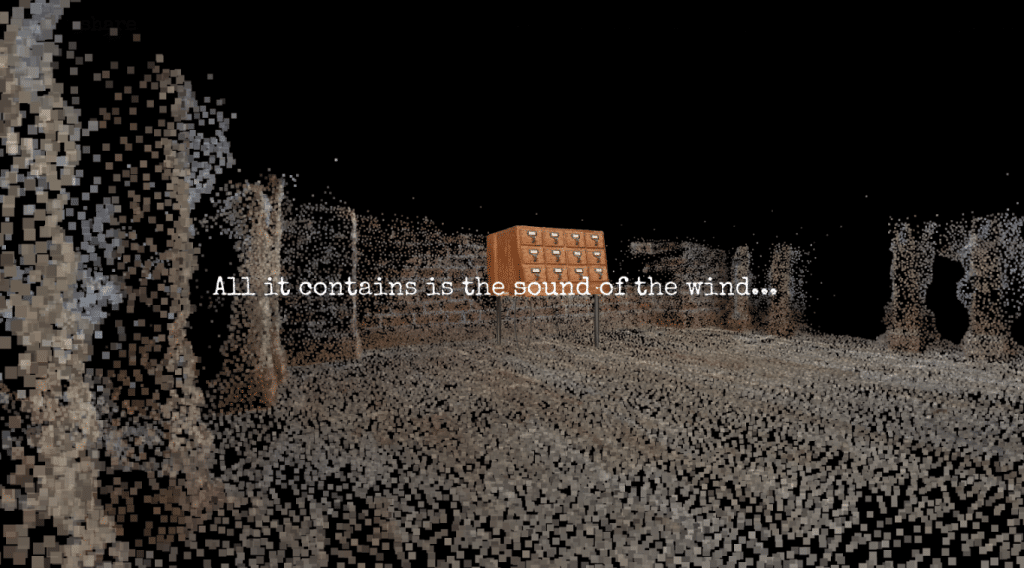 So I made an image with text on it. We got 50 submissions – far more submissions than we could use. We had submissions from Argentina, Poland, Japan, UK, Georgia… we had sounds and proposals from all over the world. It was amazing.

I didn’t have the means to do that kind of call when I built the [original] cabinet. I had the names of the winds on the front of the drawers, and maybe two or three of them were real. Most of them were recordings that I found were nice sounds, but they were fake to what was written on the drawer – it said “bora”, but it wasn’t really a bora.

But these ones are all real. That is really important to me. It’s what I always wanted to do with the original cabinet. What is exciting is I could now, in theory, take those sounds and put them in the real cabinet, and have the piece as a real collection.

Conceptually, it is much purer now than it was before.

Is there a particular wind sound that you’ve received that has left an impression on you?

It’s hard to pick one out. There are some really, really great recordings. Obviously, the wind by itself doesn’t make any sound. It has to hit or move through something. There’s an amazing recording of a shepherd’s hut in the Pyrenees [Tramontane by Atilla Faravelli]. It’s really deep, the whole thing is booming. There was one by Scott McCullogh, which is in Tbilisi, Georgia. He recorded a bridge, and the bridge is singing as if it’s being played like an instrument by the wind that’s going down the river. I really like that one. 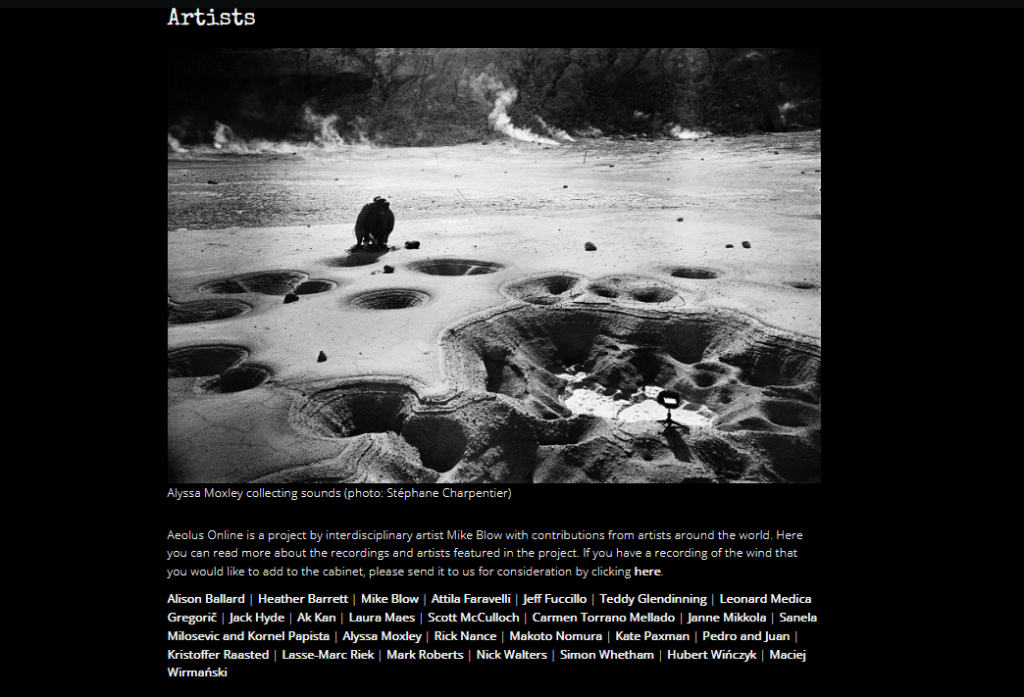 Can anyone submit his or her wind sound?

Yes, absolutely. We have a form on the site. You put in your name, a little bit about the recording, where it was from. For the recording itself, we are looking for ideally recordings of about 5 minutes. I’ll go through and if it is [suitable], we’ll add it to the wind sounds. We’ve got about 25 artists represented in the cabinet at the moment, and I’d like those to be just the start so it becomes a growing collection.

This project is launching on Earth Day, April 22nd. How exciting. Can you say a quick plug for the project?

We’ve spent a long time on this project, we’d be happy if you tried it out. Please enjoy the musical sounds of the wind, especially when you start opening more than one drawer. 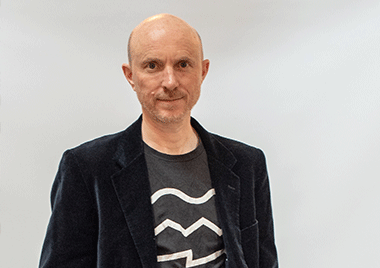